Reggie’s grandfather used to tell him, “If you’re going to do something, be the best at it.” This advice has guided Reggie throughout his life, noting that if he doesn’t know it yet, he soon will. Reggie has continuously sought out—and also found himself at—the crossroads of some of the most perilous world events in recent […]

Who is this artist? This artist was born in Quincy, Massachusetts in 1913 and moved to Maine in 1926. They were the only child of Finnish parents who lived on Dodge Mountain in Rockland on a blueberry farm that overlooked the Penobscot bay. In 1937, this artist attended art school which led to a job […] 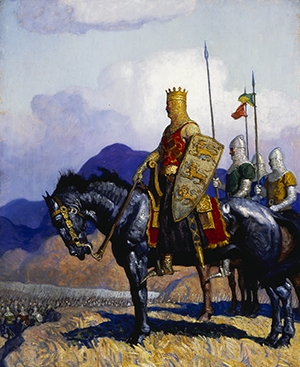 Who is this artist? Growing up on a farm in Needham, Massachusetts late in the nineteenth century, the artist-to-be developed a love of nature. At Mechanic Arts High School in Boston the artist excelled in drafting before developing as an illustrator during studies at Massachusetts Normal Art School. Howard Pyle then taught the young artist […]

Bethanie was born in Alabama, but grew up near Dallas, Texas. She attended Eastern New Mexico University on a tennis scholarship where she studied psychology. After graduation, Bethanie utilized her training in psychology, working in asset protection on a retail level for several years. She investigated internal retail theft and became a supervisor at a […] 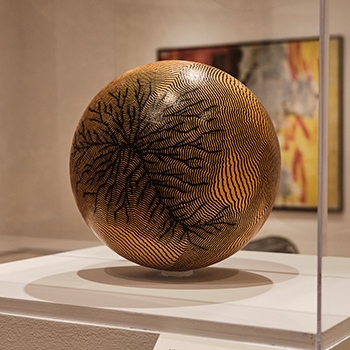 Art and Education have always been an integral part of Marlene’s life. She chose classes in pottery, metal work, jewelry and art history while growing up in Connecticut. During Marlene’s college years at Simmons University in Boston, she frequented the Isabella Stewart Gardiner Museum, which was just across the street. She especially enjoyed the plant filled […]

Who is this artist? This artist was born near Kiev in what is now Ukraine, in 1899. They moved to Rockland, Maine in 1905 with their family. In high school, they were the captain of the girls’ basketball team. They moved to New York City in 1920 and began studying painting at the Arts Student League, in addition to […]

Eddie was born in Canada and grew up on the border between Maine and Canada in the town of Madawaska. He is Native American and part of the Wabanaki Confederation. Eddie and his family are also descended from the Acadians, a French culture that extended from present day Quebec as far east as Nova Scotia and predates the […]

Who is this artist? This artist was born in Okayama, Japan and emigrated to the United States in 1906 at the age of 16 to escape military service. They began studying at the Los Angeles School of Art and Design, encouraged by their high school teacher. They later studied with Robert Henri in New York […] 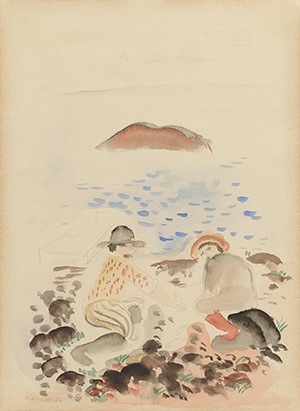 On Monday, August 22nd, the Farnsworth hosted a beginner’s plein-air landscape painting class on the museum campus. Led by artist Barbara Thomas, students first enjoyed sketching in the Hadlock Gallery in front of Andrew Wyeth’s ‘Goodbye’, and Barbara broke down composition, and how to begin painting a landscape. Then they gathered on a beautiful and […]