On Monday, August 22nd, the Farnsworth hosted a beginner’s plein-air landscape painting class on the museum campus. Led by artist Barbara Thomas, students first enjoyed sketching in the Hadlock Gallery in front of Andrew Wyeth’s ‘Goodbye’, and Barbara broke down composition, and how to begin painting a landscape. Then they gathered on a beautiful and […]
Mimi was born in Connecticut and raised her own family there. She spent nearly 40 years working in education. Mimi was a language arts teacher for 29 years and an administrator for 10 years. In her last role, Mimi was a supervisor for Arts Integration in Waterbury, Ct at the Waterbury Arts Magnet School. In […] 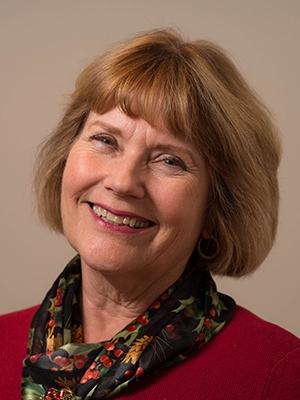 Who is this artist? The artist’s family moved from New Jersey to Brooklyn in 1929 where the artist’s father accepted a post as a Rabbi.  Attending Yeshiva school during the day, at the age of fourteen, the artist began attending night school at Educational Alliance in Manhattan’s lower east side. Working as a sculptor, and […]

If you’ve stopped by the Farnsworth recently, you may have noticed one of our new exhibitions, I Hold the Cracked Mirror Up to Man, featuring the monumental prints of Leonard Baskin. To coincide with that show, I spoke with local printmaker Kel Differ, to learn more about the technical side of printmaking. I sent Kel […]

Kathy grew up in Greenwich, Connecticut and later raised her own family there. She has always loved and appreciated a wide range of artists- from van Gogh to Andrew Wyeth- and at one time wanted to be an artist. She fondly remembers visiting museums in NYC as a child and later with her own children. […]

Who is this artist? This painter was born in Brooklyn in 1927 and their family moved to St. Albans, a diverse community in Queens, NY in 1928. Both of their parents were interested in poetry and their mother was an actress in Yiddish theater. This artist was accepted into the prestigious Cooper Union to study […]

Kathleen was born in Los Angeles and grew up in Northern Virginia where from a very early age, she loved art and creativity. Some of her earliest memories are finger painting and this appreciation of art has been a constant thread throughout her life. She received two masters degrees at The College of William & Mary […]

Who is this artist? This artist was born in Harlem in 1923 and was raised in Bronx, NY. They expressed a lifelong love of music, poetry and art which was fostered by their parents, who despite the deprivations of raising a large extended family during the depression, encouraged this artist’s many interests. At 17 they were […]

Who is this artist? Born in 1858 in Lowell, Massachusetts, the painter moved to Maine at the age of five, eventually returning to Massachusetts. The artist trained as an apprentice to a wood engraver before developing as a portraitist and landscape painter at the School of the Museum of Fine Arts, Boston.  After studying in France from […] 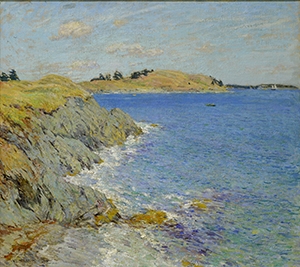 Maine has always been a place of love for Susan, who has had connections to it through family and friends dating back decades. Now retired from her final career position as a high school principal for over 20 years, Susan had earlier career forays outside of education. These included representing the Collectors Societies of both […] 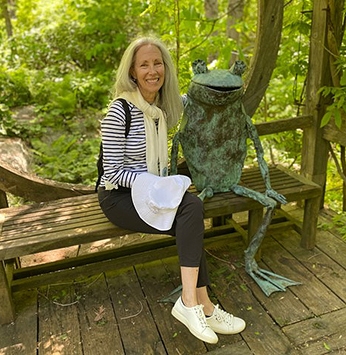