Art on Stage: Animals out of Paper 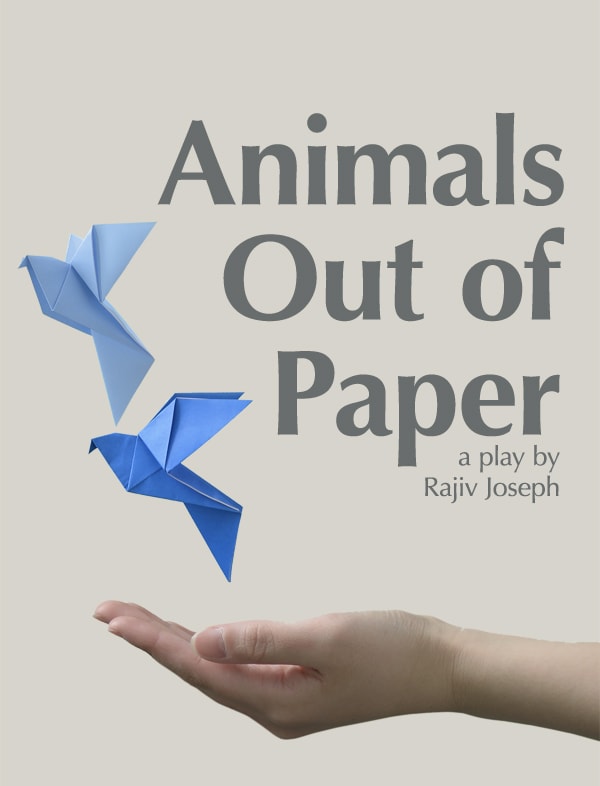 On Saturday, March 4, 1 p.m., Everyman Repertory Theatre will perform Animals Out of Paper. Whether they end poorly or well, relationships always leave a mark… In this uncommon love story, Andy, a high school teacher and avid fan, pressures the reclusive Ilana, a world-famous origami artist, into becoming an unwitting mentor to a troubled teenage prodigy named Suresh. These three intriguingly flawed characters begin to reshape and mold each other’s lives in much the same way they fold and crease their paper art.

“A pitch- perfect script from Pulitzer Prize Finalist Rajiv Joseph.”– NY TIMES
Playwright Rajiv Joseph was a 2010 finalist for the Pulitzer Prize Bengal Tiger at the Baghdad Zoo. He received his BA in Creative Writing from Miami University and his MFA in Playwriting from NYU’s Tisch School of the Arts. He served for three years in the Peace Corps in Senegal, West Africa, and has been awarded a United States Artists Grant, the Whiting Award, the Glickman Award, and the National Endowment for the Arts Outstanding New American Play grant. He is currently a writer on the Showtime television series Nurse Jackie.

Cost: $12, $10 members – Advance tickets are for sale in the museum store or main lobby admission desk. Will-call tickets purchased here will be available for pick-up day-of performance at the main admissions desk.