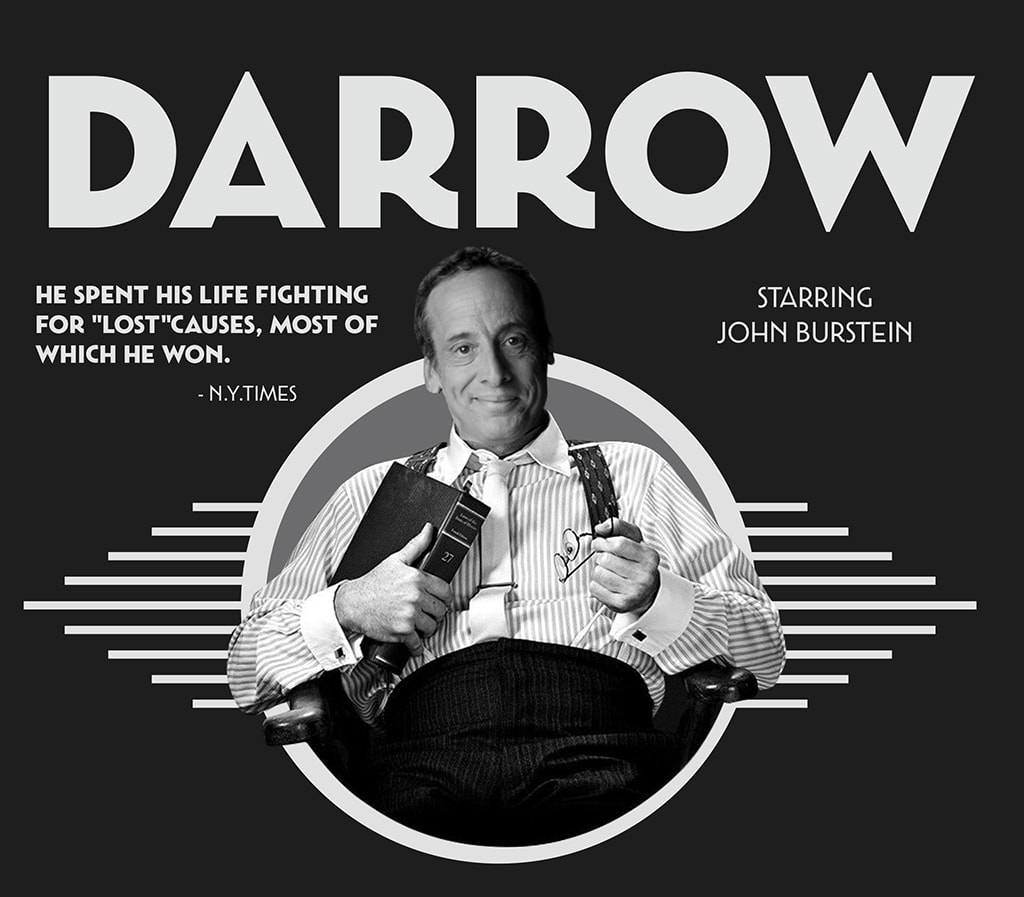 Join us for a limited run of the one man show, Clarence Darrow, performed by actor John Burnstein. The play, written by David Rintels, portrays famed attorney Clarence Darrow (1857–1938), champion of underdogs, as he reminisces about his many sensational and often controversial trials including the Scopes “Monkey Trial” (1925) and his defense of teenage thrill killers Leopold and Loeb (1924). This inspiring and entertaining production starred Henry Fonda on Broadway and was critically acclaimed as “gutsy, exciting, inspiring, funny, beautiful.”

While Darrow’s career spanned the early decades of the 20th century, the issues they dealt with including racial prejudice, income inequality, religious intolerance, and worker exploitation, resonate equally with today’s audiences. As Darrow put it, “I fight for the poor, the weak and the weary. For that long line of men, who in darkness and despair have borne the labors of the human race.”

Both performances will benefit the Farnsworth Art Museum, whose exhibitions Circle of Animals/Zodiac Heads: Gold by international artist and political activist Ai Weiwei  and N.C. Wyeth’s paintings depicting Poems of American Patriotism, provide a compelling backdrop to this portrait of a man considered to be a true American patriot.

Actor John Burstein is often recognized for his countless appearances as Slim Goodbody on PBS and CBS’s “Captain Kangaroo”. Most recently he performed an original musical “The Night Kitchen” in Camden and on the Portland Stage.