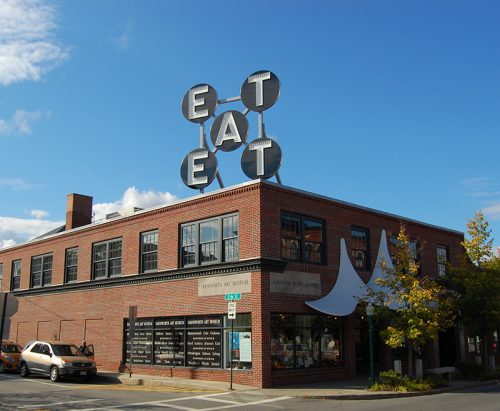 Robert Indiana’s EAT sculpture originally appeared on the exterior of the New York State Pavilion at the 1964 World’s Fair in Flushing, New York. It was one of several works commissioned by fair organizer Robert Moses for the building, including pieces by Ellsworth Kelly, Alexander Liberman, Roy Lichtenstein, Robert Rauschenberg, Jim Rosenquist, and Andy Warhol. This presentation by Farnsworth Art Museum Chief Curator Michael K. Komanecky will take a look back at the fair and this commission from Indiana as part of celebrating the reinstallation of EAT atop the Farnsworth.