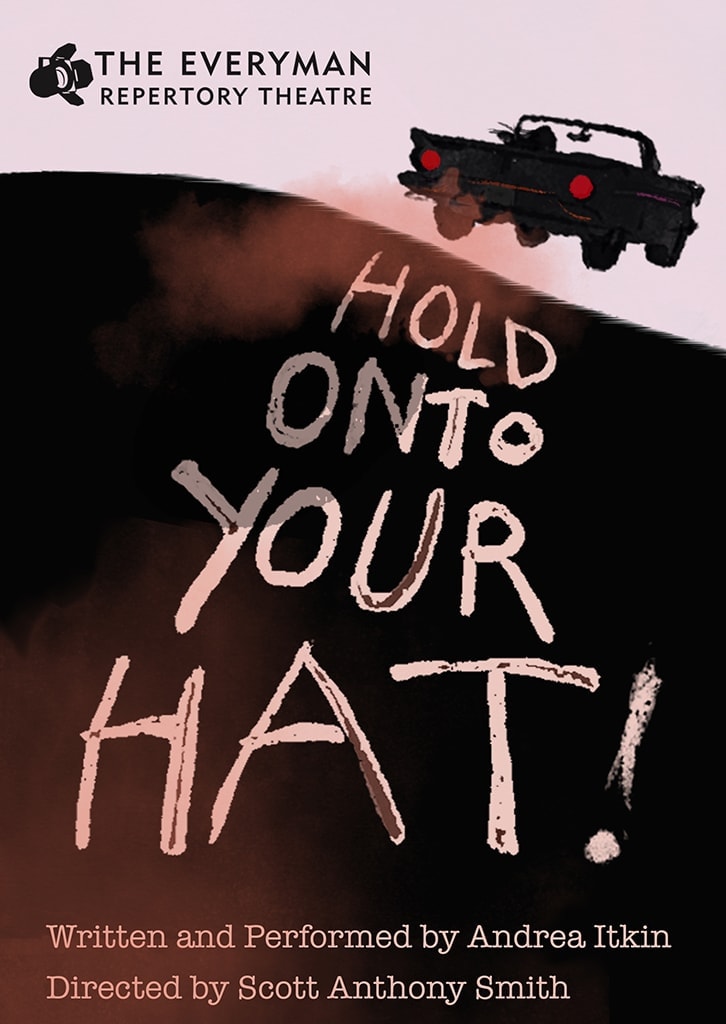 The Everyman Repertory Theatre is premiering Hold onto Your Hat!, a one-woman show, written and performed by Andrea Itkin. Part memoir, part social commentary, it is written from the perspective of youth through old age, all delivered in rhyme and song and a lot of humor.

Hold onto Your Hat! is a multimedia experience featuring photographs by Cig Harvey and Scott Anthony Smith, collages by Tammam Azzam, paintings by Natasha Mayers, and a short film by Dylan Itkin. Original recordings by Mary Anne Driscoll and Curran Reynolds of Body Stuff. It is directed by Scott Anthony Smith.

Andrea Itkin has been writing and performing in Maine for over 35 years. Most recently she was in the reading of Lost and Guided by Irene Kapustina, and has been in many productions with ERT, including playing Givola in The Resistible Rise of Arturo Ui, Nat in Rabbit Hole, and Carrie Watts in The Trip to Bountiful.

Tickets are $20 for adults and $10 for students and may be purchased in advance by clicking  REGISTER link below or by calling Everyman Repertory Theatre at (207) 236-0173.