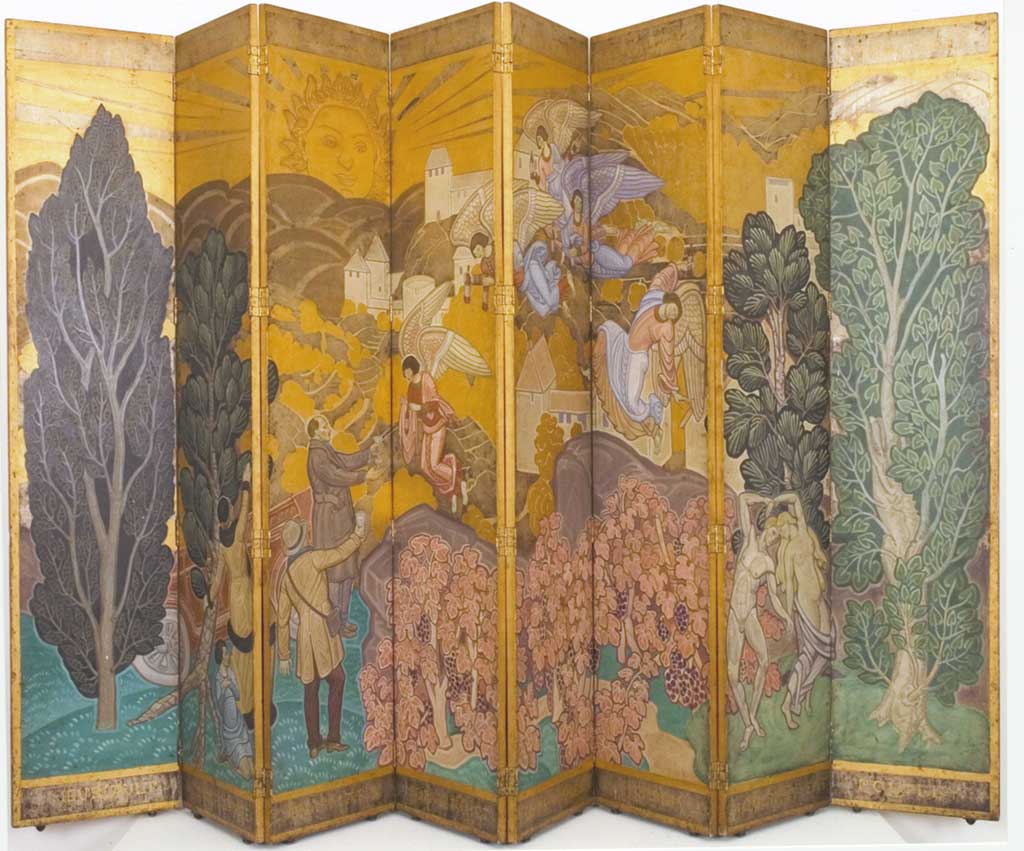 The Screen Show (on view February 9 through September 22, 2019) is the Farnsworth’s present-day response to a long screen making tradition, an art form that was especially popular in the late nineteenth and early twentieth centuries, typically serving as room dividers and often used by their owners to dress or behind which to store items. Maine artists were invited to submit proposals for a folding screen and the final selection was chosen by a jury of artists and curators. The museum recently acquired two early twentieth-century folding screens:  an eight-panel painting by Barry Faulkner, Manship Toasting the Angels and a three-panel painting by Carrol Thayer Berry with a fanciful view of Camden harbor.  Chief Curator Michael K. Komanecky will discuss the contemporary works in the exhibition within the context of international screen-making traditions.