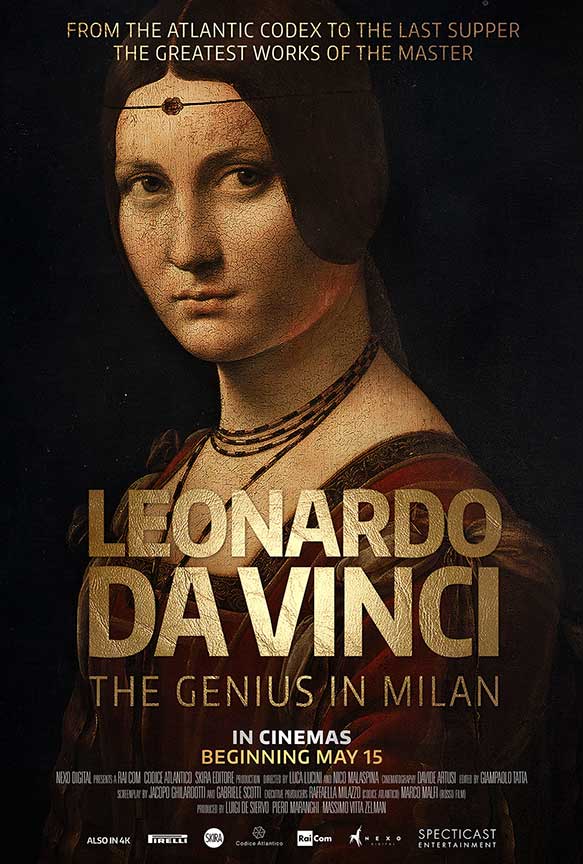 The Farnsworth Art Museum and the Strand Theatre are proud to present a collaborative screening of Leonardo da Vinci: The Genius in Milan.

On a spring morning in Paris at the Louvre Museum, Leonardo da Vinci’s famous painting “La Belle Ferronière” is removed from the wall, packed and sent by plane to Milan for “Leonardo 1452- 1519”, one of the most decisive exhibitions ever to be held on Leonardo.

This exhibition-event is the result of 6 years work by leading Leonardo experts, Pietro Marani and M. Teresa Fiorio, and is divided into 12 sections, retracing with scientific rigor the multiple paths travelled by the mind of the genius: the foundation of drawing, the role of nature and science, comparison between the arts, reflection on the ancients, the utopian projects, anatomy and mechanics, the unity of knowledge, images of the divine, myths over the centuries (starting with the success of the Mona Lisa), and so on.

This presentation is part of Specticast’s The Art & Architecture in Cinema series, which brings the world’s greatest works of art, and their environs, to cinemas nationwide.

A post-film discussion will be led by Roger Dell, art historian, former Harvard lecturer, and former Farnsworth Director of Education.