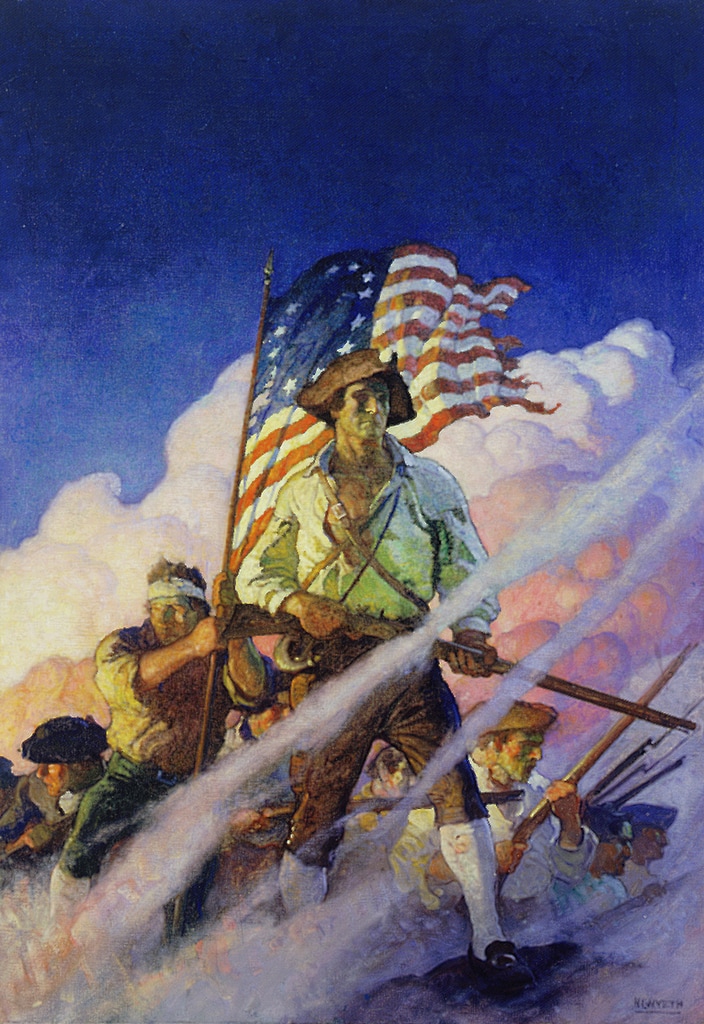 This opening lecture with Chief Curator Michael K. Komanecky is the very first Stephen May and Kathryn B. Wilson Lecture

In 1922, Columbia University professor Brander Matthews’ book Poems of American Patriotism was published by Charles Scribner’s Sons with seventeen illustrations by famed American illustrator N.C. Wyeth. This reissue of an unillustrated 1882 edition was inspired by the popularity of Scribner’s many previous books with Wyeth’s illustrations, and by the still fresh memory of America’s participation in World War I. It was also inspired by Americans’ long-standing familiarity with and appreciation for poetry, and in particular its love of works by the so-called “Schoolroom Poets” – Ralph Waldo Emerson, Oliver Wendell Holmes, Henry Wadsworth Longfellow, Walt Whitman, and John Greenleaf Whittier, among others. In the period when Poems of American Patriotism’s two editions were published, poetry was a part of everyday life, in both the private and public spheres, in a way it is no longer. This presentation will focus on the context in which the two anthologies of poems were created, including Wyeth’s role as illustrator.