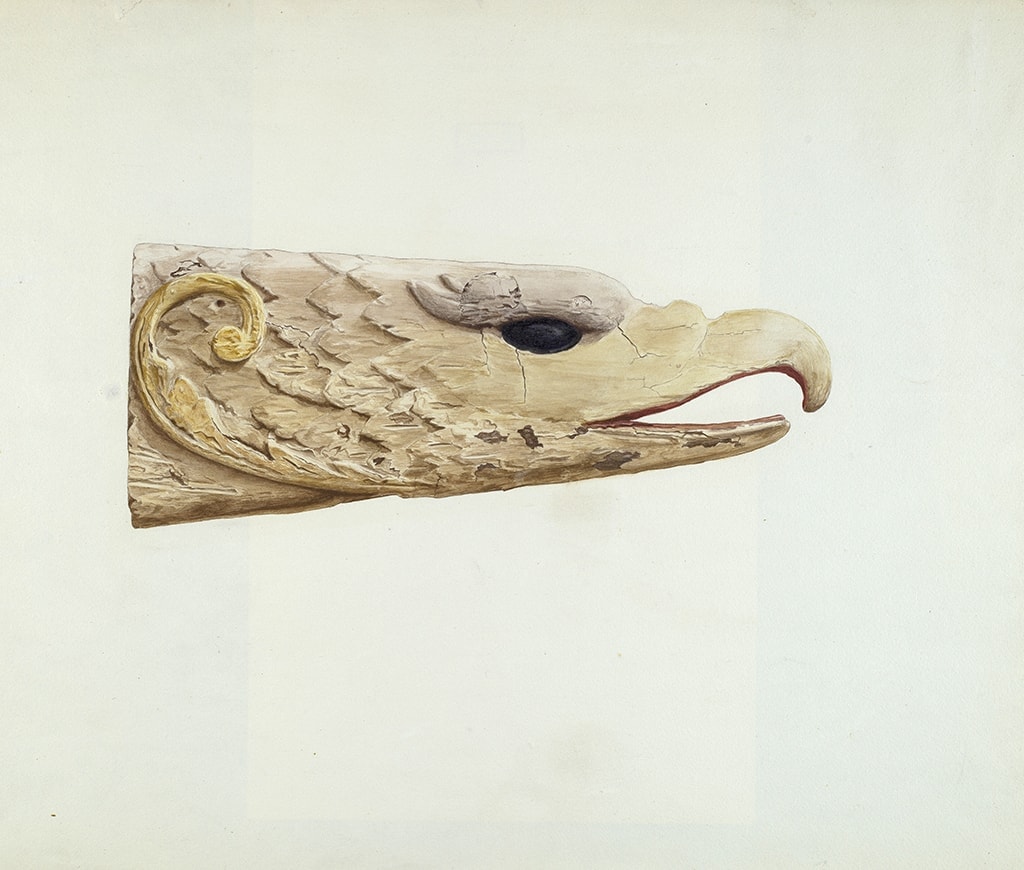 
As a Federal Art Project of the Works Progress Administration, born of the Great Depression, the Index of American Design was, in both concept and execution, a remarkably ambitious undertaking.  Begun in 1935, the more than 18,000 renderings ultimately produced by the project mark it as a success story, even though the program ended abruptly in 1942 without having been fully-realized. This lecture will examine the idea behind the Index as well as provide an overview of its history, including the Index’s place among the federal government relief programs of the era and its state-based organizational strategy. We’ll also take a brief look at the “designing women” who took it from idea, to proposal, to planning and execution. A selection of the thousands of renderings that comprise the Index will be highlighted, including many from the Maine state project, and we’ll touch on the research and technical methodologies behind them.  Although the Index of American Design was never completed as intended, this talk will explore some of the ways in which the Index’s mission has nevertheless been extended since the National Gallery began its stewardship of the collection in 1943.

Mary Lee Corlett began her museum career at the Cleveland Museum of Art, moving to Washington DC in 1988.  She came to the National Gallery of Art in 1989, and has held numerous curatorial research positions in the department of Modern Prints and Drawings and the department of Special Projects in Modern Art at the National Gallery, as well as in the print departments of the Smithsonian American Art Museum and the National Portrait Gallery. She is currently a curatorial assistant in the department of American and Modern Prints and Drawings at the National Gallery. Ms. Corlett has published on numerous modern and contemporary American artists, including Romare Bearden, Roy Lichtenstein, Jackson Pollock, and Robert Stackhouse, and given gallery talks and lectures on the prints of Roy Lichtenstein, Romare Bearden’s works on paper, and the drawings in the Herbert and Dorothy Vogel Collection. In her spare time, she has written two children’s books celebrating the museum experience, based on the collections of the National Gallery of Art (Belle: The Amazing, Astonishingly Magic Journey of an Artfully Painted Lady, Bunker Hill Publishing, 2011) and the Cleveland Museum of Art (Belle’s Wild Ride: The Artful Adventure of a Butterfly and a Cabbie, Giles, Ltd., 2014). With her daughter away at college, Ms. Corlett lives in Falls Church, Virginia with her husband, Tom, and her dog, Max.