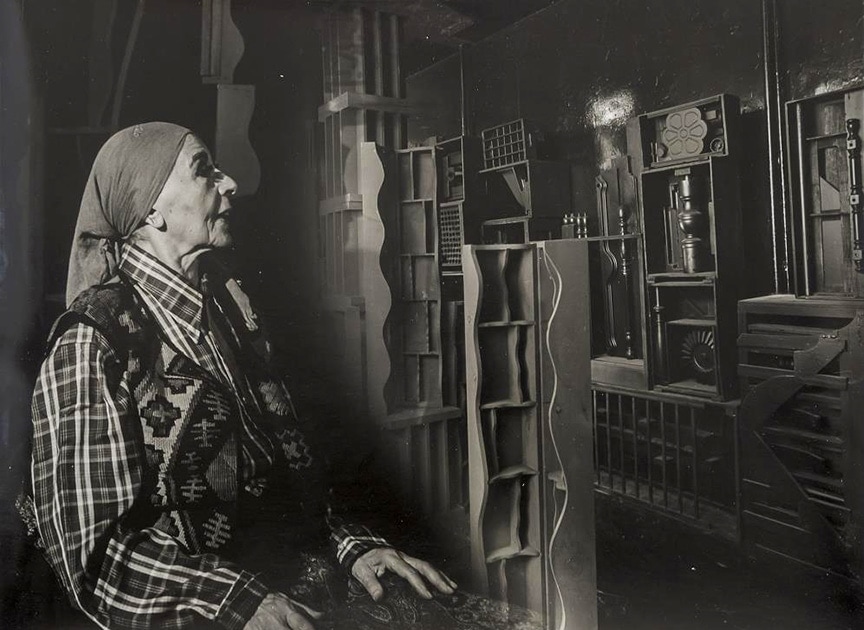 Presentation by Michael K. Komanecky, Chief Curator
The sculptor Louise Nevelson and photographer Pedro Guerrero both reached the peaks of their chosen professions, though their paths to success were anything but expected.  Both came from humble origins.  Leah Berliawsky came as a young girl with her family from the present-day Ukraine to settle in Maine, joining her father who had come a few years earlier; and Pedro Guerrero grew up in the “dusty desert town” of Mesa, Arizona, shortly after Arizona became a state.  Nevelson, a Jewish immigrant from the Russian empire, did not gain citizenship until 1920 when she married an American.  Guerrero’s family had been in Arizona since the 1870s, yet his experience was shaped by the ways in which being of Mexican heritage was viewed by the community in which he lived.  This presentation will explore the nature of their work, the reputations they forged during their long and productive careers, and how their early life experiences shaped their artistic personae.