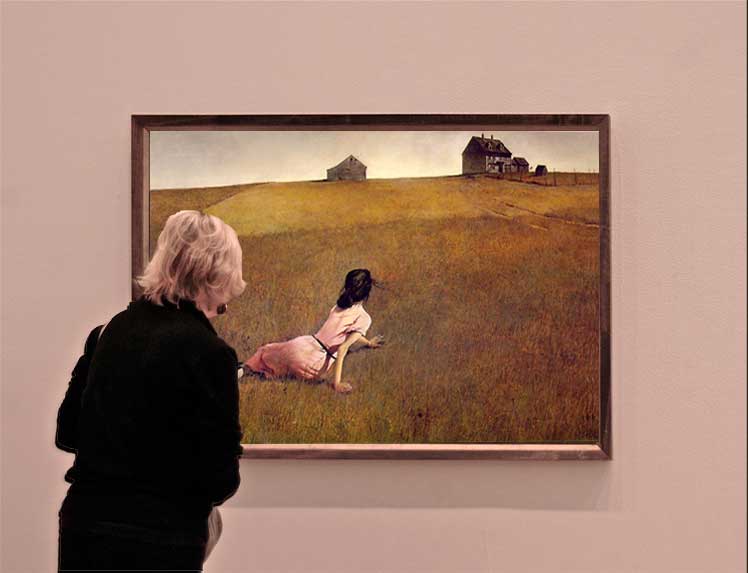 2018 is the 70th anniversary of the Farnsworth’s opening, but also the 70th anniversary of one of America’s best known paintings:  Andrew Wyeth’s Christina’s World.  Acquired soon after its creation by the Museum of Modern Art in New York, its purchase furthered the thirty-three-year-old Wyeth’s national reputation, and has since become an icon of American art. This year’s annual Wyeth Day program will explore the origins of this work, its widespread popularity, and what it means to be “an icon of American art.” The discussion will include Henry Adams, highly respected scholar of American art and co-author of the museum’s recent Andrew Wyeth at 100 catalogue; Christina Baker Kline, author of New York Times bestselling novel, “A Piece of the World,” a story of the painting’s subject, Christina Olson; and Timothy Clark, watercolorist and educator based in California and Maine, and who, for a number of years, has taught a summer course in Rome in the Yale School of Architecture MFA program. Moderator is Farnsworth Chief Curator, Michael K. Komanecky.