Photographer Berenice Abbott (1898-1991) assisted Man Ray in his Paris studio before launching her own successful portrait studio in the city in 1926. She made portraits of film director Jacques Cocteau, artist Max Ernst, poet Edna St. Vincent Millay, and others associated with avant-garde art movements of their day. Abbott also portrayed the French photographer Eugène Atget (1857-1927) who captured the streets of Paris with directness and elegance over a thirty-year period between 1898 and 1927. After his death she acquired Atget’s prints and negatives, and thereafter promoted his work and reputation.

Atget’s photographic record of Paris inspired Abbott to note the changes that had taken place in New York City while she had been abroad. Upon her return she set out to document shifting aspects of the city’s buildings and street life. Under the auspices of the New York City Federal Art Project, a WPA program, Abbott photographed between 1935 and 1938, selecting from among hundreds of shots for an exhibition and book, Changing New York. Abbott later documented science experiments at MIT and variable landscapes along Route 1 from Florida to Maine, the state where Abbott eventually settled.

Abbott’s archive of photographs was acquired by the collector Ronald A. Kurtz, an MIT graduate, scientist and businessman. In 1987 he gave the Farnsworth over sixty works drawn from Abbott’s series of photographs made for the Route 1, MIT, and Changing New York projects. In 2005, collectors Mara and Juris Ubans gave the museum an additional photograph from the series. 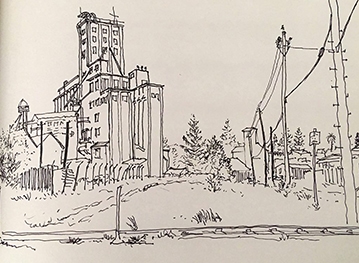 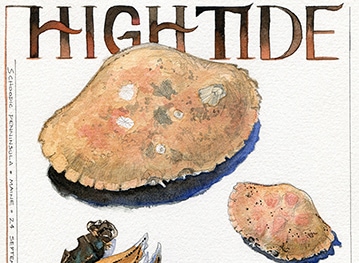