Please note that the Wyeth Study Center gallery which houses part of the Andrew Wyeth: Maine Legacy show is closed temporarily. We are offering a $5 discount on all tickets through the week. Simply enter code 5OFF when you reach the checkout page.

Paul Caponigro is one of America’s foremost landscape photographers. Emerging from an earlier generation that included Ansel Adams, Walker Evans, Paul Strand, and his early mentor Minor White, over his fifty-year career Caponigro has successfully wedded his reverence for nature with a profound commitment to portray in his work the spiritual dimensions of the natural world – what Caponigro himself has described as “the hidden presence of places.” He has spent much of his nearly fifty-year career exploring and depicting scenes of nature and man’s place in it, often in places he has come to know well. This exhibition examines bodies of work spanning his entire career, focusing on specific locales he has visited, sometimes once, sometimes repeatedly. Among them are ancient and Christian sites in Ireland, natural wonders of the American Southwest, the striking beauty of creeks and snowfalls in rural Connecticut, and his more recent work from Maine, where he has lived since 1993. Drawn almost entirely from the artist’s collection, the exhibition includes more than sixty examples of Caponigro’s work, frequently in larger -scale examples, and some of which have not been seen before. The exhibition is accompanied by a catalogue by exhibition organizer, Farnsworth Chief Curator Michael K. Komanecky.

This exhibition has been made possible in part through the support of Maine Media Workshops. 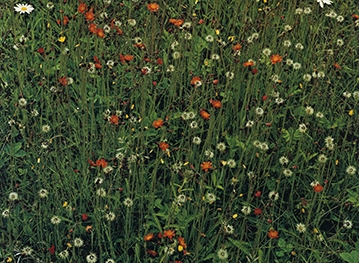 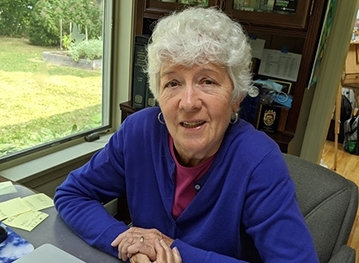 Taking Care of Rembrandt and Friends 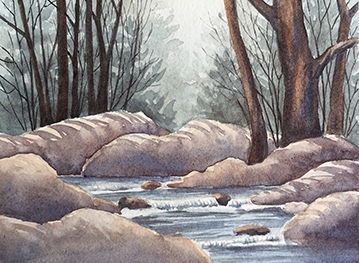