This exhibition features ten silkscreen prints by Robert Indiana (1928-2018), one of America’s best known painters and sculptors of the Pop Art generation.  These prints, along with eighteen related paintings, are known as The Hartley Elegies.  Done between 1989 and 1994 they were inspired by the work of the prominent American modernist Marsden Hartley (1877-1946).  They refer to a series of paintings Hartley did between 1914 and 1915 while he was in Berlin, considered among the most important works in his career that established his place among American avant-garde artists as they experimented with the new language of abstraction.

Having discovered that Hartley spent part of the summer of 1938 in a building near his own home and studio on Vinalhaven, Indiana decided to learn more about Hartley’s work.  He eventually focused on his so-called War Motif paintings that he did in memory of his friend and presumed lover, Karl von Freyburg, killed in October 1914 after joining the German army shortly after World War I broke out in Europe.  Inspired by these works, Indiana embarked on his own commemorative series of paintings and silkscreen prints.  Done in rectangular, diamond, and tondo format, these twenty-eight works were an homage to Hartley, with whom he felt a strong connection. The ten large-scale silkscreen prints of Indiana’s Hartley Elegies comprise a visual poem on the two artists’ shared interests in radical formal vocabularies, and their innovative combinations of words and numbers into their boldly colored geometric compositions.  They were also a coded commentary on their lives as gay men, as well as their experiences of living and working in Maine after leaving the artistic center of New York that earlier had nourished their careers.

Indiana prints in this exhibition were a gift of the Friends of the Farnsworth Collection, a group that provides financial support for the museum to acquire works for the collection; and of the Surovek Print Gallery in Palm Beach, Florida 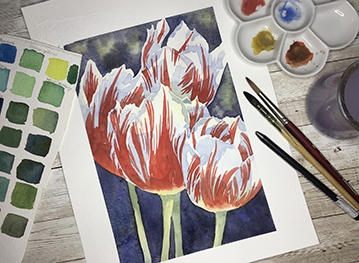 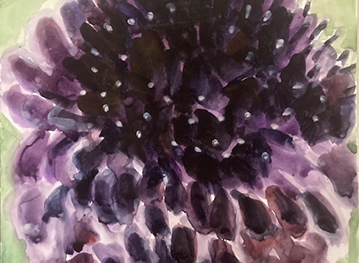