The Farnsworth Art Museum has recently acquired two early twentieth-century folding screens: an eight-panel oil on board painting, Manship Toasting the Angels done in 1923; and a three-panel oil on canvas painting by Carrol Thayer Berry with a fanciful view of Camden harbor done in 1930.  Folding screens were especially popular in the late nineteenth and early twentieth centuries, serving typically as room dividers and often used by their owners to dress or undress behind.  Prominent artists, architects, and designers in both Europe and America experimented with the format, including James McNeill Whistler, Thomas Dewing, Louis Comfort Tiffany, Thomas Hart Benton, Donald Deskey, Ansel Adams, Jim Dine, Helen Frankenthaler, Robert Rauschenberg, and David Hockney, among many.

The museum’s two screens will serve as a departure point for this exhibition of contemporary interpretations of the screen form, The Screen Show, in the Farnsworth’s Rothschild Gallery from February 9 through September 22, 2019.

Artists and artisans working in Maine submitted proposals for folding screens which were then reviewed by a jury including Chief Curator Michael K. Komanecky. The jury selected works for this show from the following artists:

This exhibition is sponsored in part by: Windsor Chairmakers

The primary media sponsor of the exhibition is Maine Home + Design

Sponsored in Part By 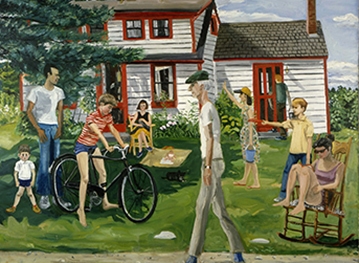 In this studio workshop, students will explore the medium of egg tempera, an ancient technique where egg yolk is added to pigment, creating a layered surface of paint that dries to a deep sheen. 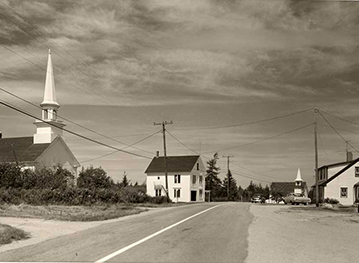